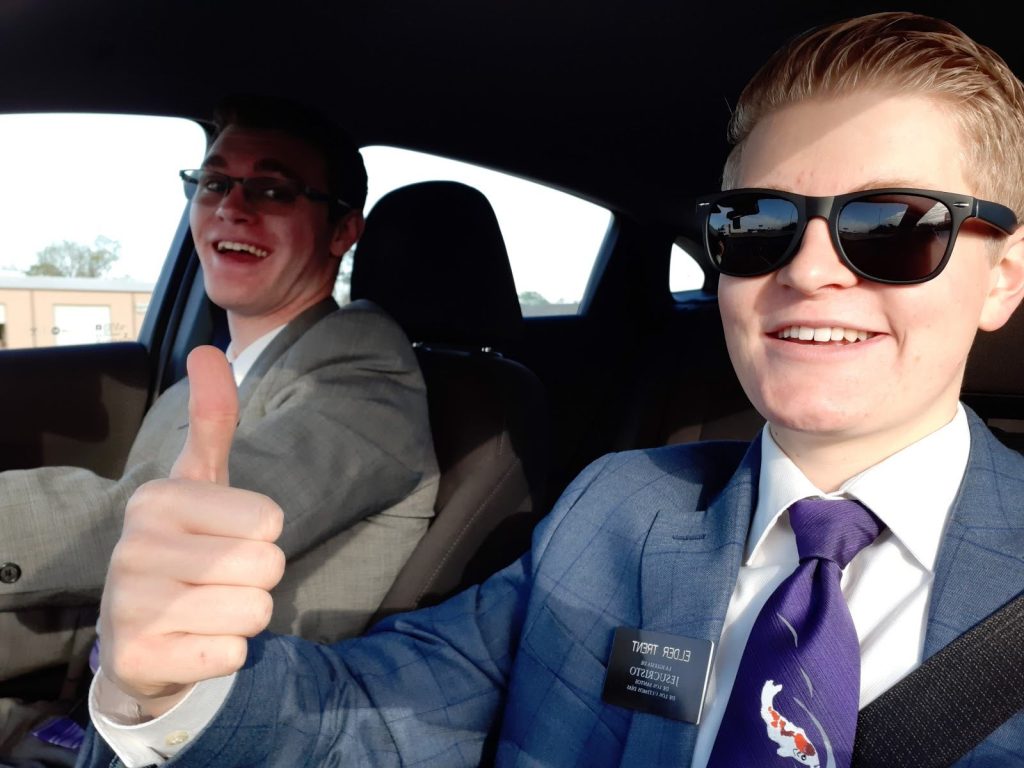 It’s not everyday you have to try to run with a booted leg (don’t tell my doctor. Also, more on that later). Welcome back to the email. I know you love to see this notification pop up on Mondays. It’s a joy writing these and getting to tell people about my week! This one’s not as long as last week’s (thank goodness, am I right?).

Lunes, not a lot happened. We full sent it up to Bridge City after p-day ended and found a potential investigator.

Martes we had to change some things around so we ended up serving at the soup kitchen today instead of Wednesday. After that, we went to Wendy’s and this member gave us cash, and said that lunch was on him. Thanks random member!
After that, we met with an investigator named Clemente. He works a lot so anytime we can meet with him is a tender mercy. He said that he really felt the Spirit during the lesson.
Next, we met with this family. It was kind of a bad time, we both knew it, but they still wanted us to teach a lesson. So we did and they invited their son to join us. He actually listened to the lesson and seems pretty interested in the gospel.

Miércoles we had zone conference! We talked about the First Vision and the impact that it has on us as members of the church today. I also found out that banishment has a different meaning here: there are three companionships of Spanish speaking missionaries in our entire zone. We also had English Connect so yay!

Jueves we had another lesson with Yuli. We extended the invitation to be baptized and she accepted! But we don’t have a date. Her work schedule is really wonky and doesn’t allow for a lot of change. It also doesn’t help that she doesn’t like it, so she’s looking for new work which will hopefully allow for the opportunity to set a baptismal date in the future.
Also, during hour of power, we ended up with two new people to teach! It was fantastic!

Viernes. Oh Viernes. This is where everything starts to happen.
We went to this house in the afternoon and knock the door. This lady answers and we introduce ourselves with the classic Spanish introduction, then realize that they don’t speak Spanish. Switch to English and try again. She told us that she’d love to hear us out but she’s not looking for a church right now. This is where things go off the rails. She begins to cry and tells the story of how the church that she’s gone to pretty much her entire life, isn’t what she thought is was. Why? Well, the preacher (or whomever) was doing non-appropriate things with minors and others, ya know, a scandal! And stuff that I don’t want to infect my email with. Anyway, it’s completely separated her and her parents because she doesn’t support the preacher but her parents do. And…without more detail, she’s not doing so great right now. So we left her with a restoration pamphlet and promised to stop by in a few weeks and see if things had improved.
Next, we had a doorstep lesson with an investigator family because that’s just how it ended up. Anyway, during the lesson, they let their dog out of the house and she loves everyone, even though when someone knocks at the door, it sounds like you might die if the door opens. She jumped and tried to give me a kiss. Twice. She succeeded once. I don’t want to talk about it. NEXT!
After, we arrived at this investigators house who we haven’t met with all transfer. It’s like 8:30 and this street is not well lit. We approached the house and there’s movement I see out of the corner of my eye. See where this is going? Well, if you thought I was going to get robbed, mugged or stabbed, I’m sorry to let you down. But we had something almost as scary. An angry, overprotective dog. Uh oh. It was growling at us, and we stopped dead in our tracks. We tried the back-away-slowly but it was having none of that. It wanted us gone. Now. Hands in pockets, I unlock our car just as it tries to lunge at us. Neither Elder Trent or I were hurt, or bitten, but my booted foot was not agreeing with the activity I had just participated in. Also, it’s really difficult to run when you don’t have control of your ankle. That’s my advice for the week: don’t run when you don’t have control of your ankle.

Sábado we were contacting and met this guy named Tony. He told us that every Sunday, him and his family drive like three hours to a church in Louisiana that his parents attend. They do that for church, and so he gets to see his parents. How nice. He was down to talk with us more at a later date, so we’ll swing by sometime.
I also met this woman named Shay. She’s in a wheelchair but she doesn’t let that bring her spirits down. She says all her shirts have some sort of reference to being happy. I love that positivity. She loves her plants as well (her garage is full of them and she loves it).
Then we had an awesome lesson with an investigator named Fransico (don’t you love all the investigator lessons?). He was really interested in a lot of different things, but really liked the way we prayed. I’ve not seen that before but everyone is different.
We also met a guy named Javier and we talked for like 45 minutes about how everyone should learn Spanish, even just a little. We also talked about other things that I can’t remember but it was worthwhile because…we got a return appointment. It’s always worth the return appointment.
I also hugged a pine tree we found. Sadly, there aren’t any pictures but I hugged it for a solid 15 seconds. I miss the mountains, and pine trees, dearly.

Domingo we had lots and lots of contacts fall through. *angry face*. We didn’t get any new investigators or anything like that. It was a dull day. Besides the fact that it was fast Sunday, and we got to go to church so yeah.

I know this one is a bit shorter than the rest but that’s just how it is sometimes. Know that I love you all, even through the rough times. I know that Heavenly Father and Jesus Christ loves us perfectly, even when we struggle. I have sometimes felt as though Heavenly Father was nowhere close to me, and looking back, I can see that he was close. He was helping me through my difficulties, and still is. Have a fantastic week, stay safe, and be happy.

Peace, peace be unto you, because of your faith in my Well Beloved, who was from the foundation of the world.

iThere are no comments

This site uses Akismet to reduce spam. Learn how your comment data is processed.

Begin typing your search above and press return to search. Press Esc to cancel.