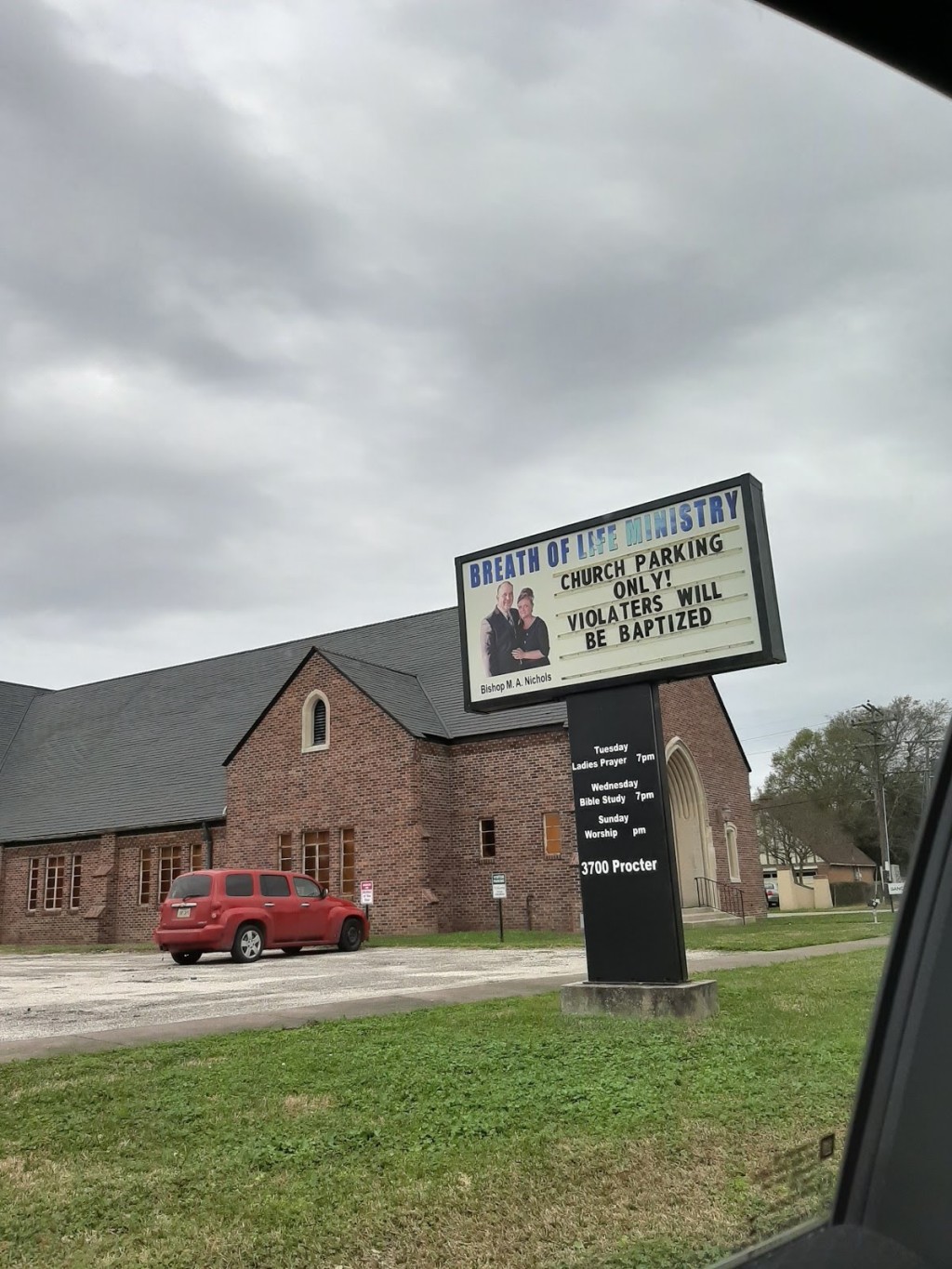 Pssst! Hey, you! Yeah, you! You there reading this. Guess what? It’s that time of the week. Welcome back to the weekly, where I (sometimes briefly) recap the things that happened during the week. This week was…interesting, as most weeks here in the mission field are.

Lunes was a weird p-day. We had a lesson at 3pm so we stopped our p-day for these lessons. We taught Yuli, and taught a guy named Nico who was quite interested. Then we met a lady who is not having a good time and was so glad to see us. That’s all I’m going to say on that matter.

Martes, my foot/ankle/whatever that thing is really began to hurt. Uh oh (this comes into play later in the week).
We had a nice contact with a lady named Irma. She’s met with missionaries in the past but wasn’t in our area book. Interesting. Well, we agreed to meet with her later in the week.
Then we cleaned our car for like the first time in ever. I’m not kidding. This car (her name is Stella) has 24,000 miles and has probably been cleaned three times. Gross. So we washed and vacuumed the car! Stella is very happy now.
Then we went to this house where one of our investigators lives. He didn’t answer the door, but someone else did. He invited us in and we taught him the restoration. We were starting to finish the lesson when someone else walked into the house and questioned what we were doing. We explained that we were missionaries and we taught the restoration again. Then our actual investigator appeared at the end of the lesson and we taught him a micro lesson. We ended up not getting any new investigators out of that because one lives in Mexico and the other wasn’t really interested.
Next, we went to Chick-fil-a (the Lord’s post office) because a member ordered us some dinner. So we went to pick it up, but it was a bit busy so we had to wait for a minute. While we were waiting, a homeless guy approached us and said that we had something that he needed. Uh oh. But it wasn’t anything like that, it was the Book of Mormon. We’re pretty sure he was on some sort of drugs and only wanted the Book of Mormon for its thin pages because they apparently make a great joint (or something like that). Anyway, while we were there, he told us that he was going to “cause problems” but was going to wait until we were gone so we could preach the word of God. We got our food and kind of snuck back to our car and left. While leaving the parking lot, we saw him asleep on a curb so we don’t know what happened.

Miércoles, it rained basically all day but that’s fine. I love the rain so it was all good. We went to the soup kitchen again.
Then we went to go visit an investigator but found a guy named Kumathan and he’s from India! He’s off to work for now but he’ll be back in a few months and who ever is here then can teach him!
After that, we tried to visit a bunch of people but none were home. :(
Next, we had a lunch/dinner with a part member family. The dad is a member (albeit, inactive) and the mom is Catholic. Nonetheless, they are super nice and we have a return appointment for next week.
Up next, we had a lesson with a man named Javier. Javier is a lovely man we met while contacting. He loves the Bible but is open to learning more about the Book of Mormon because, well, it’s the word of God. He doesn’t want to read it right now, not quite sure why, but he likes learning about the gospel, especially about temples.

Jueves we met with a guy named Israel. We caught him as he was getting ready for work so we taught the restoration and he accepted a return appointment.
We also went to B-dubs. Yeah!
Then we had a lesson with Yuli again! She has questions, which are great! She’s actually reading in the Book of Mormon and really trying to keep our commitments. However, she still hasn’t attended church because of her work. She’s working on that, though. So that’s pretty great.
However, during our lesson with her, we had someone interrupt. We were teaching outside in her driveway (because it was fun and nice) and this random guy wheeled up on a bicycle and yelled “Jehovah’s Witnesses?” We responded politely, “No, we’re missionaries from The Church of Jesus Christ of Latter-day Saints.” “What?” he kinda yelled back. I repeated what we said louder. He yelled back “I can’t hear you very well.” I was getting a little frustrated with him. I turn around and he’s wearing headphones. They aren’t on his ears but are still playing music and I can hear the music from where I am. Right then, I understood. “This is what mom feels like when I wear my headphones.” So I yell over the music “We are missionaries from The Church of Jesus Christ of Latter-day Saints!” He looks at me kinda funny and with a look of like “Why are you yelling?” He then said “So, you believe in Jesus Christ?” Music is still going so I shout back “Yes, we do.” “But you’re not Jehovah’s Witnesses?” “No, we are not.” “Okay.” He then bikes away. Admittedly, that entire contact was probably rude for both of us but I learned, once again, patience. And to be more aware of others. So, yeah, sorry mom. I understand now.
To finish out the night, we started hour of power and were going to tract this particular street. Well, my foot wasn’t doing to great and I was being stubborn, saying that I was fine and the sort. Elder Trent noticed something was up because I was limping more than normal (that’s not a sentence anyone wants to hear). So being the wonderful companion that he is, we went back to our car and called our medical adviser to tell her what was going on. She ordered us to rest the foot for the night and all day Viernes. You can already hear me groaning, right? So we didn’t get anything else done that night.

Viernes we didn’t do a whole lot because…foot. That’s all I have to say on that.

Sábado, we started with two teachings that went well.
Following, we found a new person to teach even though she may not be completely ready for the gospel. Nonetheless, she is willing to listen so that’s a good sign.
Then we taught Nico, a man we met about a week and a half ago. He is interested, so good sign!
After, we went to an Irma’s house where we found out that they’ve had missionaries visit for a long time, but they suddenly got busy and the missionaries never stopped by again. Until now. They’re a really nice family and love the missionaries so that’s a plus.
Then we met with a man named Mario. He kinda seems like he’s interested but I think he’s just too kind to tell us no. But we’ll see what comes of it in the future.

Domingo was great. We had an interesting experience, though. I went to the bathroom and when I came out, Elder Trent was talking with someone at the door. Who could that be? Turns out, it was some non-denominational Christians! (I still don’t know what that means lol.) Anyway, what I got out of the conversation was that it is bad to worship on Sundays, the sacrament is wrong, and we are technically Catholics. Who knew?

I came across this paragraph a while ago while reading Saints:
The Savior reminded Joseph that the Saints could not suffer more than He had. He loved them and could end their pain, but He chose instead to suffer affliction with them, carrying their grief and sorrow as part of His atoning sacrifice. Such suffering filled Him with mercy, giving Him power to succor and refine all who turned to Him in their trials. He urged Joseph to hold on and promised never to forsake him.
“Thy days are known and thy years shall not be numbered less,” the Lord assured him. “Therefore, fear not what man can do, for God shall be with you for ever and ever.”
I love how it says that the Lord suffered their afflictions WITH them. I know that even during those times of hardship in our lives, the Lord is right there with us and wants to help so long as we ask for it. From being out here on a mission, it has been really hard sometimes but I’ve seen the times that the Lord has helped me and suffered with me. And I know that he will help you too.

Don’t worry too much about me! I love you all! Have a safe, fantastic week.

iThere are no comments

This site uses Akismet to reduce spam. Learn how your comment data is processed.

Begin typing your search above and press return to search. Press Esc to cancel.